Information about this BUGATTI VEYRON 16.4 ?

One of only 450 vehicles ever built

Including major service through Bugatti

Bugatti had raised the bar even higher with the motto of building the bolide as a comfortable road vehicle that was suitable for everyday use. The development of the Veyron was one of the greatest technical challenges that the automotive industry had known until then. There were hardly any parts, components or systems that could be taken over from existing vehicle concepts for the Veyron. Everything had to be redeveloped in order to achieve the performance data and then implement them in the vehicle. For this purpose, the experience of other industrial sectors was used, in which extreme speeds and extreme loads are common for materials and systems, for example in the aerospace industry. The Veyron is the first and only super sports car that was developed and built in such a way that it can master any driving situation at any time in the series configuration. Even 15 years after its market launch, the super sports car is still setting standards and generating emotions and enthusiasm all over the world. The heart and soul of the Veyron is the 8.0 liter W16 engine, which, with four turbochargers, produces a whopping 1,001 hp.

The 16-cylinder mid-engine is 710 mm long and no larger than a conventional V12 unit and, thanks to its lightweight construction, weighs only 490 kg. This motor is fully suitable for operation under continuous full load. It can do something that motors in racing, for example, are not capable of. It owes its compact dimensions to the unique arrangement of its cylinder banks in a W configuration.

Twelve VR8 blocks, each with a 15 degree bank angle, are assembled in a crankcase to form an engine. Both eight-cylinders are at an angle of 90 degrees to each other and are ventilated by a total of four exhaust gas turbochargers. For a high-performance machine like the Veyron, it is essential that the engine is always supplied with a constant fuel pressure. A new development was also needed for this: Bugattl invented three-phase injection pumps which, unlike conventional plus-minus pumps, are able to supply the engine with the required amounts of fuel - and all this with constant pressure. The tank also had to be redesigned. Bugatti made use of racing here, but had to convert the usual racing tank, which is not permitted for road vehicles, so that it could be approved. To do this, they spoke to aerospace engineers and the result was a tank coated with Teflon on the outside, with which it is possible to control the fuel pumps in any driving situation up to a residual capacity of three liters and up to the maximum lateral acceleration of the Veyron of 1.4 g to be constantly supplied with fuel. The cooling in the Veyron is extremely important. For this purpose, ingenious airflows were devised that lead sufficient air to the ten radiators of the vehicle and can dissipate the hot air without compromising the vehicle design - and that was an important requirement. Due to the nature of the system, an additional 2,400 HP of thermal energy are generated for 1,001 HP of drive power during combustion.

The Bugatti engine has two water circuits for this. The larger one with 40 liters of cooling water supplies a total of three radiators in the front of the car to keep the engine at operating temperature. The second, so-called low-temperature circuit with a separate water pump, contains 20 liters of cooling water. This system cools the charge air and helps, for example, that the engine does not get hot in a traffic jam - a common problem with high-performance sports cars. For the Veyron, Bugatti worked with Michelin to develop the world's first series tires that can withstand speeds in the 400 km / h range. This means that the Veyron does not have to be placed on other tires to drive at top speed. The series tires serve all speed ranges. An important criterion that the developers had to meet in terms of the vehicle's suitability for everyday use. An exciting detail in tire development is the tire pressure sensor, which had to be redeveloped for the Veyron. After all, centrifugal forces of up to 130 kg act at a speed of over 400 km / h.

This required extensive tests on a test bench for aircraft gas turbines in order to be able to reproduce the high speeds of the Veyron wheels. Because such systems did not exist in the automotive industry at the time. In order to effectively control the enormous forces and bring the vehicle to a safe and quick stop, Bugatti has developed a high-performance braking system, the numerous components of which were unique in the world. Certain components were created together with development partners from the aerospace industry. Experiencing the braking system in action is just as much fun as accelerating the Bugatti, because in combination with the Airbrake, an aerodynamic braking function of the rear wing, which results in breathtaking deceleration values. For the first time, Bugatti chose carbon-ceramic as the preferred material for the brake discs in order to achieve maximum deceleration performance and safely withstand temperatures of up to 1,000 degrees on the disc surface. In addition, titanium was used for the brake disc chamber instead of the otherwise common stainless steel. As a result, the Veyron had by far the strongest braking performance in the automotive industry and in motorsport at the time with this brake.

The vehicle offered here is one of the first vehicles to be delivered, specifically chassis number 019, which was delivered to Germany in 2006. The specification of the car can be described as unique. The black exterior in connection with the elegant Pur Sang rims meets a subtle, olive-green interior. The car will remain in Germany for 4 years and will only be moved very rarely by its first owner before it is sold to a well-known Asian collector in the summer of 2010. The mileage at the time was only 6,800 kilometers. The Bugatti spent the following 11 years in the private museum of the second owner, who exhibited the car almost exclusively in its collection without using it. However, the vehicle is presented to the local TÜV at regular intervals. In October 2014 with a mileage of 7,409 KM, October 2016 with 7,414 KM, October 2018 with 7,420 KM, and in October 2020 with 7,435 KM. At the same time, the car was regularly serviced by Bugatti. The first customer service will take place on October 20, 2008. This is followed by customer services on November 6, 2010, June 9, 2012, and July 27, 2016. In 2021 the purchase will be made by our company, with a mileage of 7,500 KM. We hand over this car including a large customer service by Bugatti, as well as new tires in the course of delivery. Our sales staff will be happy to answer any questions you may have at any time. Please note that vehicle inspections are generally only possible by prior appointment. 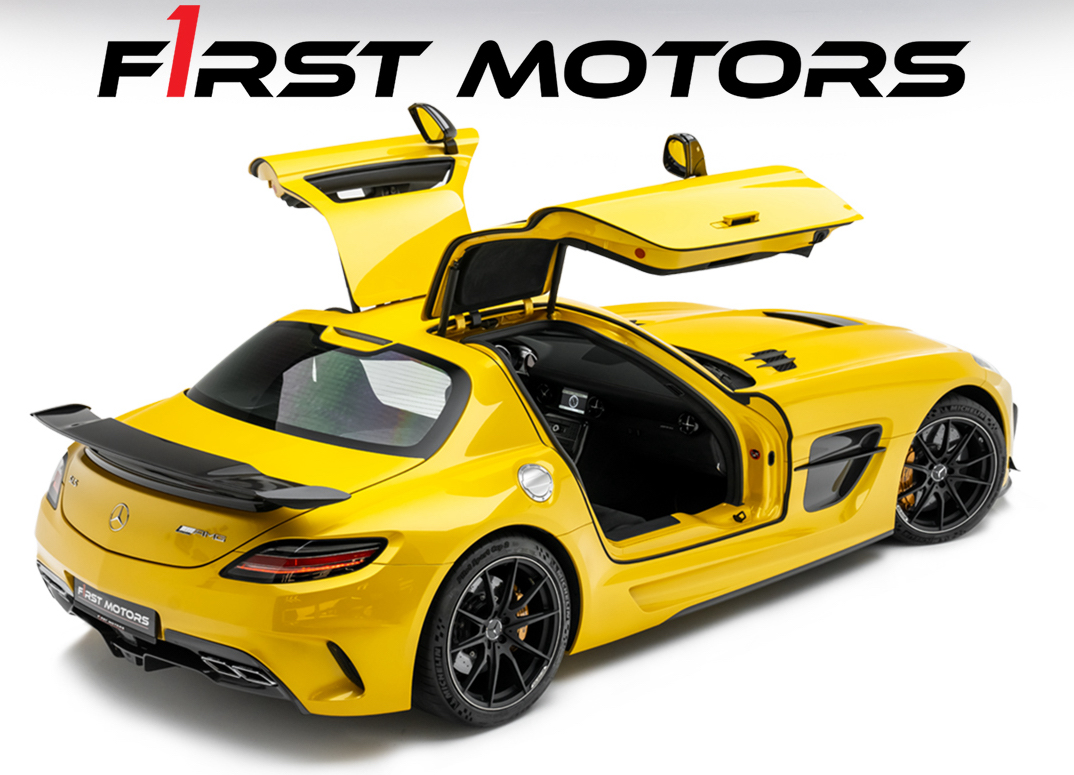 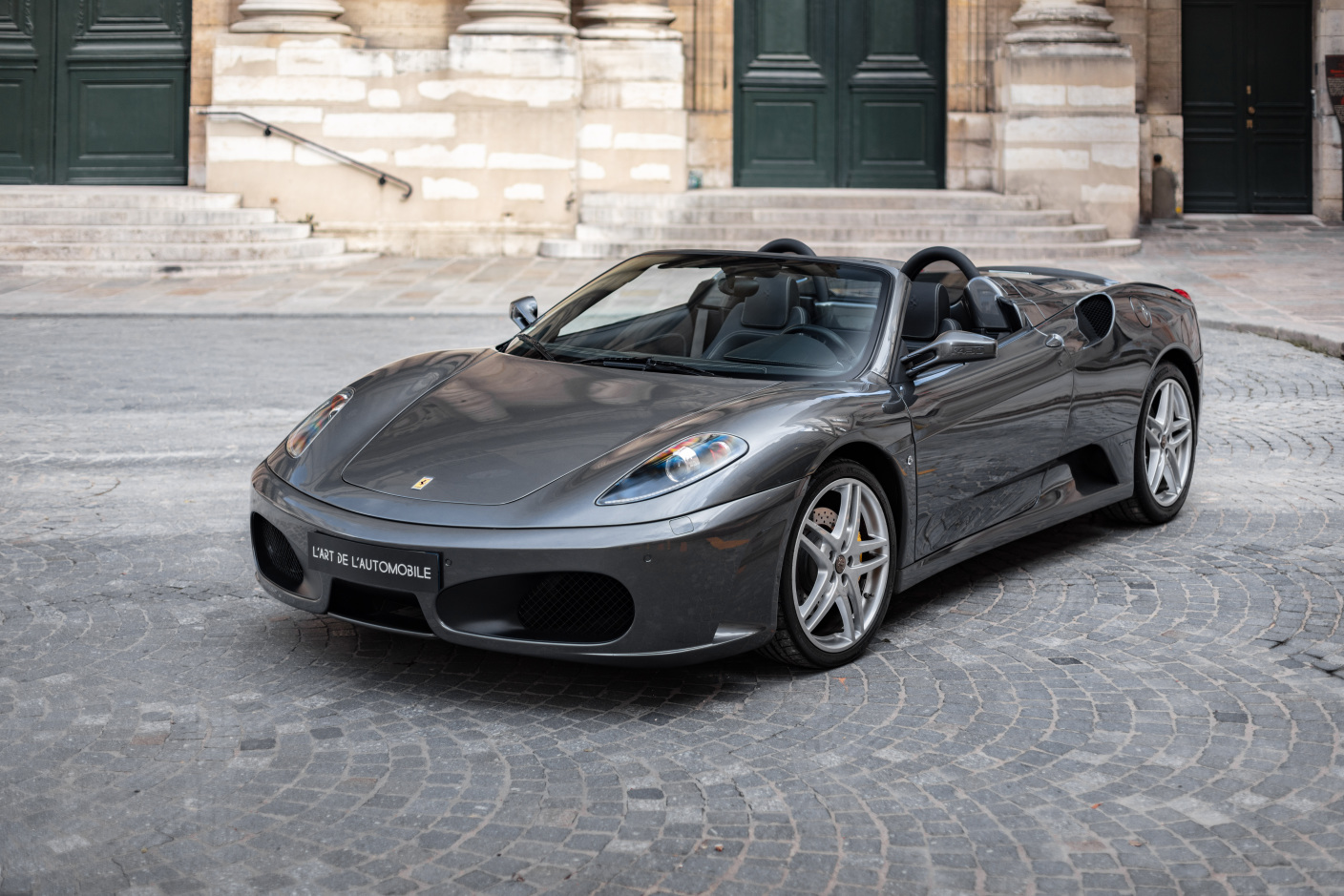 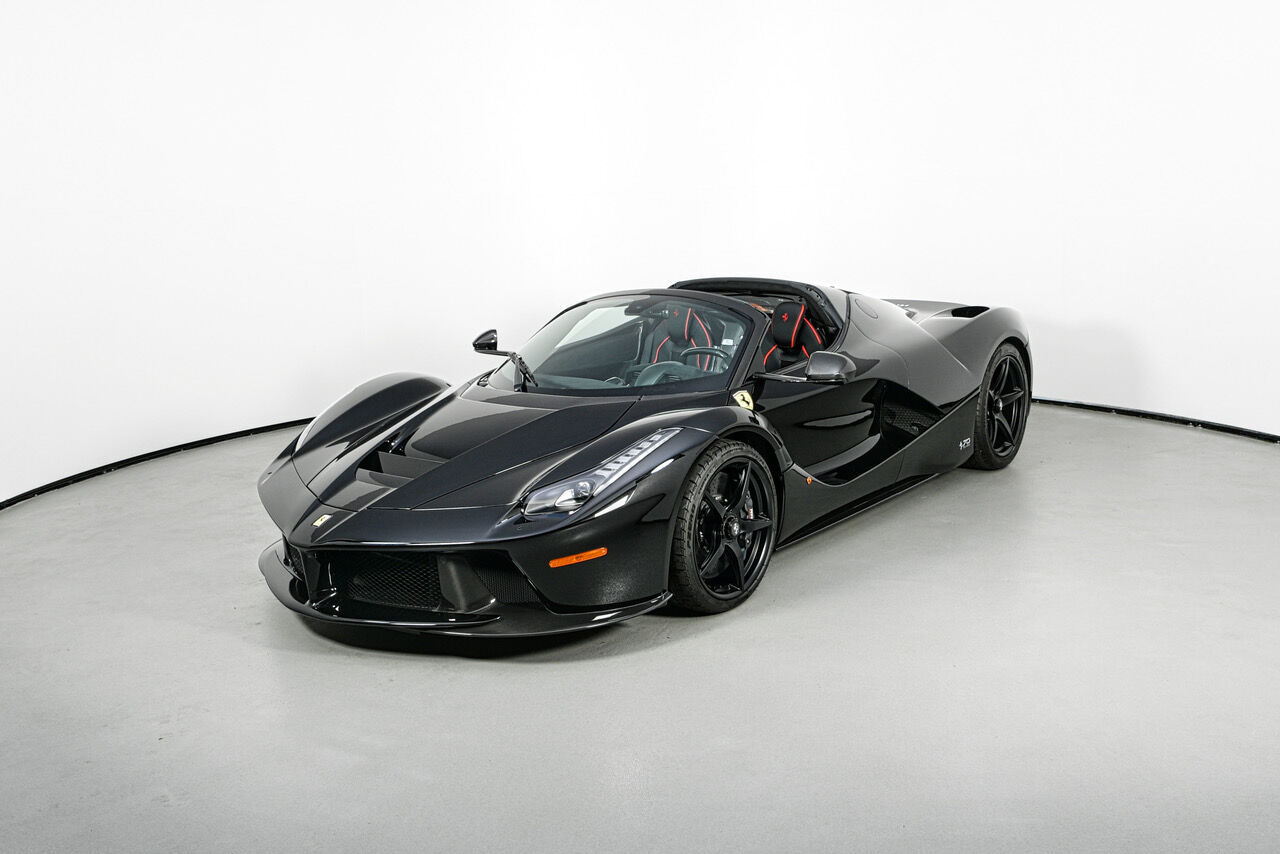 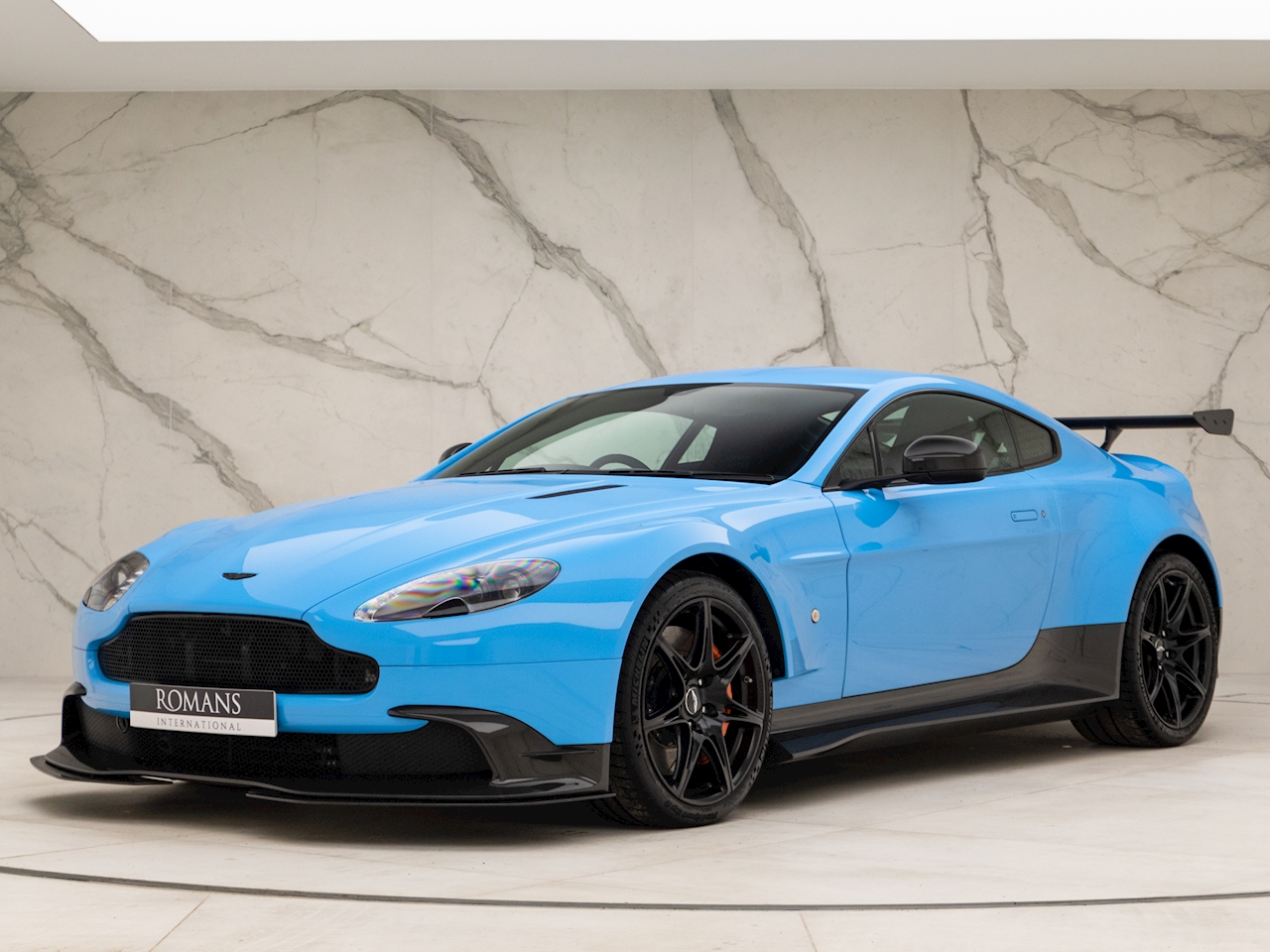 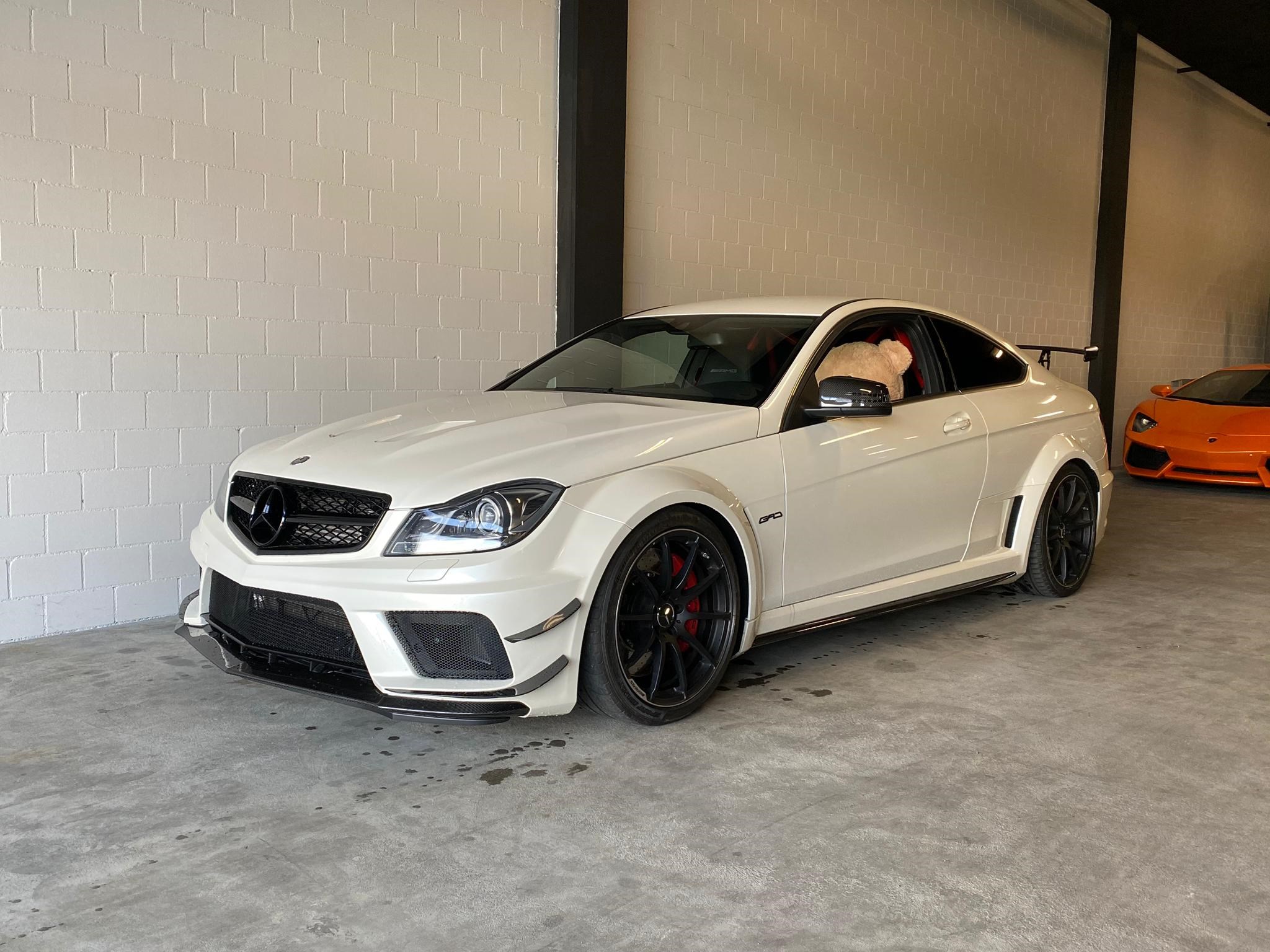 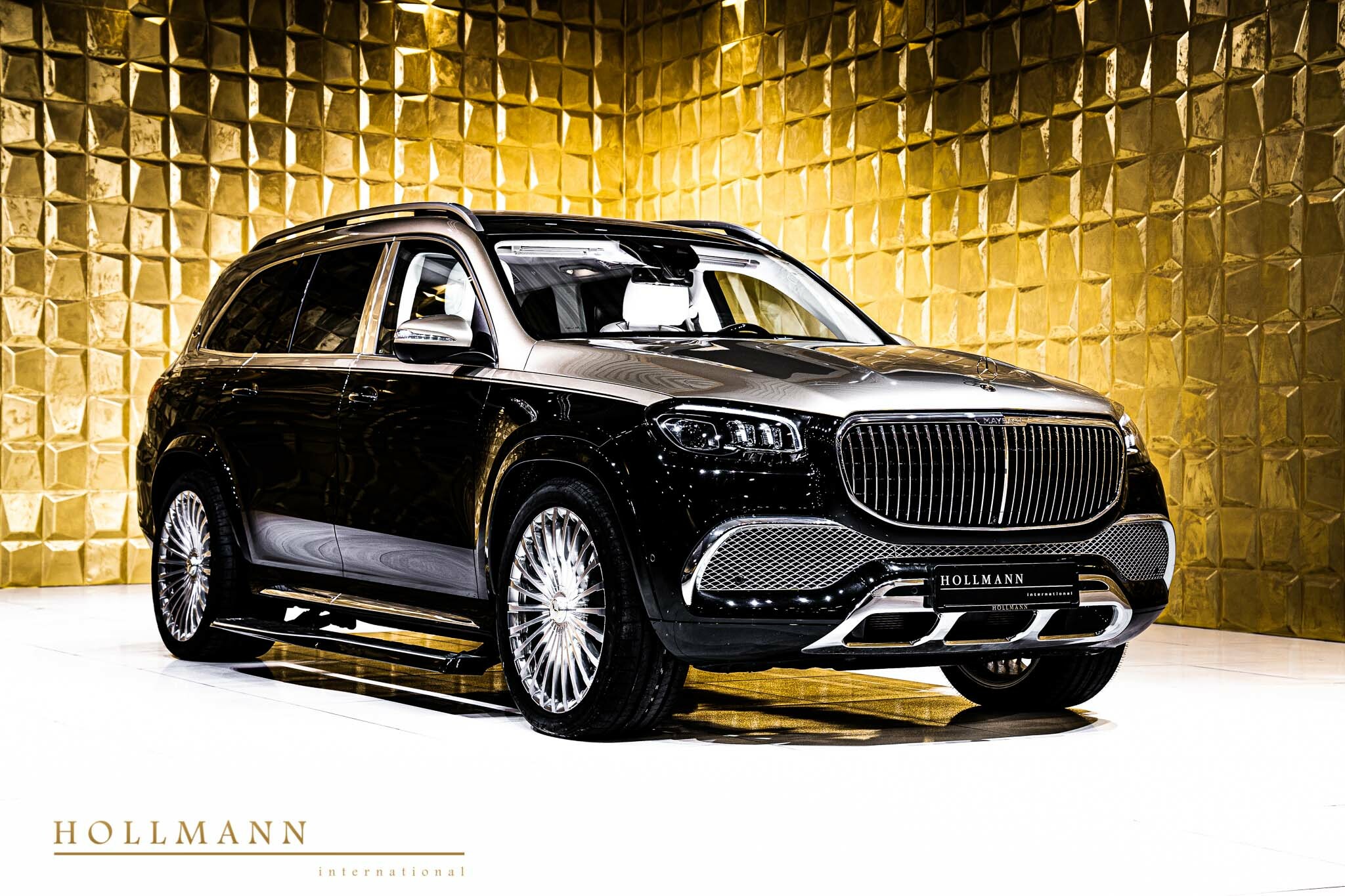